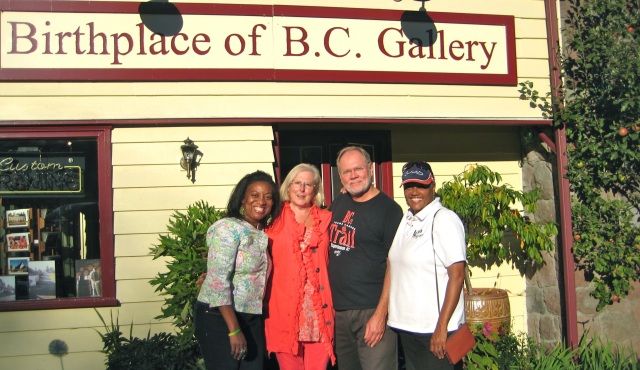 The Honorary Consuls for Barbados and Jamaica visited Fort Langley’s Cranberry Festival last Saturday. Marilyn Moseley is the Honorary Consul for Barbados. Fort Langley is known as the Birthplace of British Columbia because it was here that Governor James Douglas read the Royal proclamation making BC a British Crown Colony in 1858. Sir James Douglas was born in British Guiana (now Guyana) into a “Scotch West Indian family”. His mother was born in Barbados. The Caribbean connection to Fort Langley’s heritage will be celebrated with a Caribbean Festival on August 10, 2013 at the Birthplace of B.C. Gallery. Wilma King-Bennett, Honorary Consul of Jamaica at Vancouver, will work together with Marilyn Moseley to make the festival a true Caribbean experience.