Her passion for recycling caused Mary Martini to approach the Township of Langley with an offer to finance on-street recycling receptacles in downtown Fort Langley. A meeting was held between Mary and Township staff where it was decided a pilot should first be conducted with temporary receptacles. The staff presented the idea to the Fort Langley Business Improvement Association who agreed to the pilot and committed to assist with data collection. The data shows that thousands of empty beverage containers are being removed from the solid waste stream helping to lower greenhouse gas emissions and Metro Vancouver’s Zero Waste campaign.

Mary’s community spirit extends well beyond her recycling mission. Recently the Langley Central Rotary Club honoured Mary with a Paul Harris Fellowship award for her actions that have brought hope to those less fortunate. Another one of Mary’s initiatives is Food for Famine, the production and shipment of Cibo, a nutritional supplement for malnourished children in developing countries. Containers of Mary’s Cibo have been shipped to orphans in North Korea and recently Haiti. 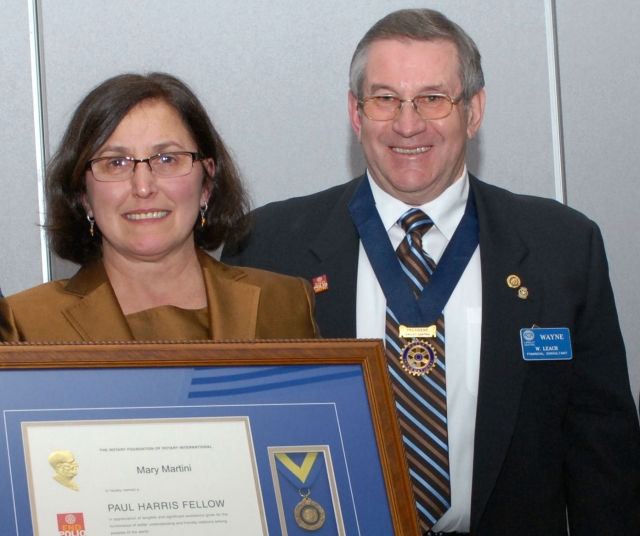 This entry was posted in Community Volunteers Make a Difference, People Matter. Bookmark the permalink.